Why CAN'T my Apple authorised service centre or my local computer shop repair my Mac's faulty logic board?

Apple authorised service centres or your local computer repair shops provide hardware services for your Mac by replacing faulty parts. This is called a level 1 repair or basic repair.  This type of repair is entirely dependent on the availability of the spare parts. If there are no spare parts then there is no fix, it is pretty straightforward for part-replacing types of repair.

A MacBook consists of the following parts: 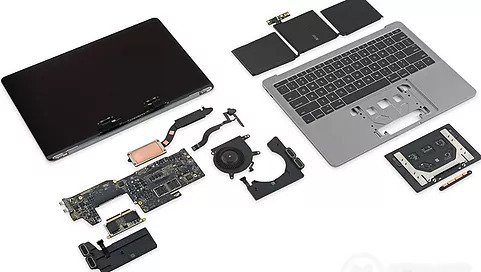 All the parts except the logic board are available on the market from third party manufacturers or OEM manufacturers. For example, your screens are made by LG or Samsung, and your SSD drives are typically made by Toshiba or Samsung. You can read more about other Mac hardware here. The more manufacturers are involved, the better prices you can buy on the market.

The logic board is the “core" technology of Apple computers including the MacBook and iMac range. Apple goes to great lengths to hide the inner workings of this tech from third-parties, meaning it is impossible for third-party logic boards to exist. You may come across ads like “Apple original screen", or “Apple original keyboard", but never “Apple original logic board". This ensures only one type of logic board exists and is fully controlled by Apple.

As a result, there are no spare logic boards available on the market, and the Apple authorised service centre or your local computer service providers are unable to find spare logic boards for your Mac. This means you end up with basically an “Apple genius bar certified dead" Mac.

We provide a logic board repair service at the chip level known as level 2 or manufacturer repair. At this level,  we are working on individual logic board components (or chips) such as CPUs, GPUs, ICs, transistors, resistors, capacitors and so on. The objective is to identify the faulty chips among the many thousands on the board and then replace them without damaging the surrounding chips. We repeat this process until all faulty chips are found and replaced, and all the functionality and stability tests have been passed. In one sense, it is like a meticulous forensic investigation. In order to perform the task effectively and economically, one needs the electronic knowledge, detective reasoning skills, micro-soldering skills, experience, proper equipment and most importantly: an understanding of the “core" design of the Apple logic board. Unfortunately, there are very few companies can perform this task effectively – and even less still in Australia. We are proud to be one of them. 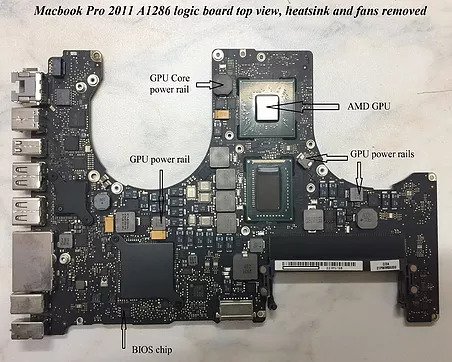 Your local Apple authorised service centre and your local computer shops have typically done a good job of looking after your MacBook with all sorts of issues, but when it comes to logic board issues it requires a level of specialist knowledge they cannot offer.  These businesses specialise in software support. For software services, nobody is better than your local Apple authorised service centre or your local computer shops. Recently, we have received more and more logic board repair jobs from these types of service providers. Some of them send us the faulty boards to repair or swap, and some of them simply tell their customers to send the whole MacBook directly to us for logic board repairs.

For customers who looking for replacements of your screen, keyboard, battery, hard drive, and touch pad, we  suggest you to use your local services even though we do provide these services to our local customers.

Further reading: How do you repair a MacBook?