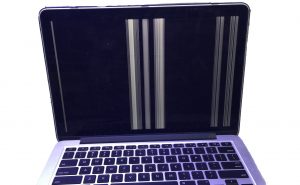 We offer a free assessment for all Macbook screen issues. As a high percentage of display issues are NOT caused by the screen itself, it is very important to diagnose the issue correctly. For example,  MacBook screen no-backlight or dim image issues are very common, but most of the time the fault is NOT on the screen. The fault is in the logic board backlight circuit. We are a logic board repair specialist. We have the knowledge, skills and equipment to quickly identify whether the screen or the logic board caused the display issues and save your time and money.

Our MacBook Pro screen replacement prices cover the cost of the screen assembly and installation. All Macbook screen replacements are covered with warranty and are replaced by top qualified technicians. We offer same-day services to all MacBook Pro Models in Melbourne. Call us today and reserve a screen for your MacBook.

All MacBook Air screen replacements are backed with warranty and are replaced by top qualified technicians. The average repair turnaround time is two hours.

What causes the MacBook screen not working?

Apple MacBook screens are a high-quality and very reliable product. Most of the times, they won’t go wrong with no reason unless they have been suffered from physical impacts or exposed to liquid.  A physical-damaged MacBook screen such as a cracked screen can be easily spotted. You can see the image as well as the cracks. In this situation, you definitely need a MacBook screen replacement.

Other types of display issues such as a black screen or dim images are harder to diagnose, as the screen itself and the video chip on the logic board would equally contribute to the symptoms. If your MacBook Pro screen has the following symptoms, you need professional advice before replacing the screen.

IT-Tech Online is the leading logic board repair specialist in Melbourne. We can quickly and precisely find out whether your screen or logic board caused the issue. If your logic boars caused the issue, you will pay less to fix the logic board. For most MacBook Pro models, repairing the faulty logic board is much cheaper than replacing the screen. If you do have a faulty screen, our wide range of MacBook screen stocks will get your Mac laptop back to work at no time.

If you have a non-retina MacBook Pro screen, we can replace the broken front glass panel, broken or burned screen cable, faulty webcam or the faulty wifi card/antenna at a low cost without replacing the whole screen assembly.

If you have a retina screen, we can replace the broken or burned screen cable at a low cost. Please note that this type of screen repairs will only apply to MacBook models A1425, A1502 and A1398. The screen cables in retina screen manufactured in 2016 onwards are not replaceable.

If you have a non-retina MacBook Air screen, we can replace the broken or burned screen cable, faulty webcam or the faulty antenna at a low cost without replacing the whole screen assembly.

Both MacBooks use the same background picture and set the brightness to maximum. The screen on the right-hand side is an Apple original screen, the one on the left-hand side is a third-party screen purchased online. You can tell the differences straightforward.

A MacBook screen consists of two major components, an LCD panel and a strip of LED lights called backlights. The LCD panel creates the image. The LEDs light up the image from behind the LCD panel. The LCD and LED are different concepts. There are major differences between an original Apple screen and a third-party screen as outlined here: